The Cooperative Seed and Seedlings Association Anna Paulowna has been guaranteeing craftsmanship for more than a century. Careful selection and unique climatic conditions guarantee healthy seed potatoes and seed grains.

We can call ourselves the oldest seed and seedlings' association that still operates independently. Since our centennial on 8 October 2013 we have been allowed to carry the predicate Royal (Koninklijk). 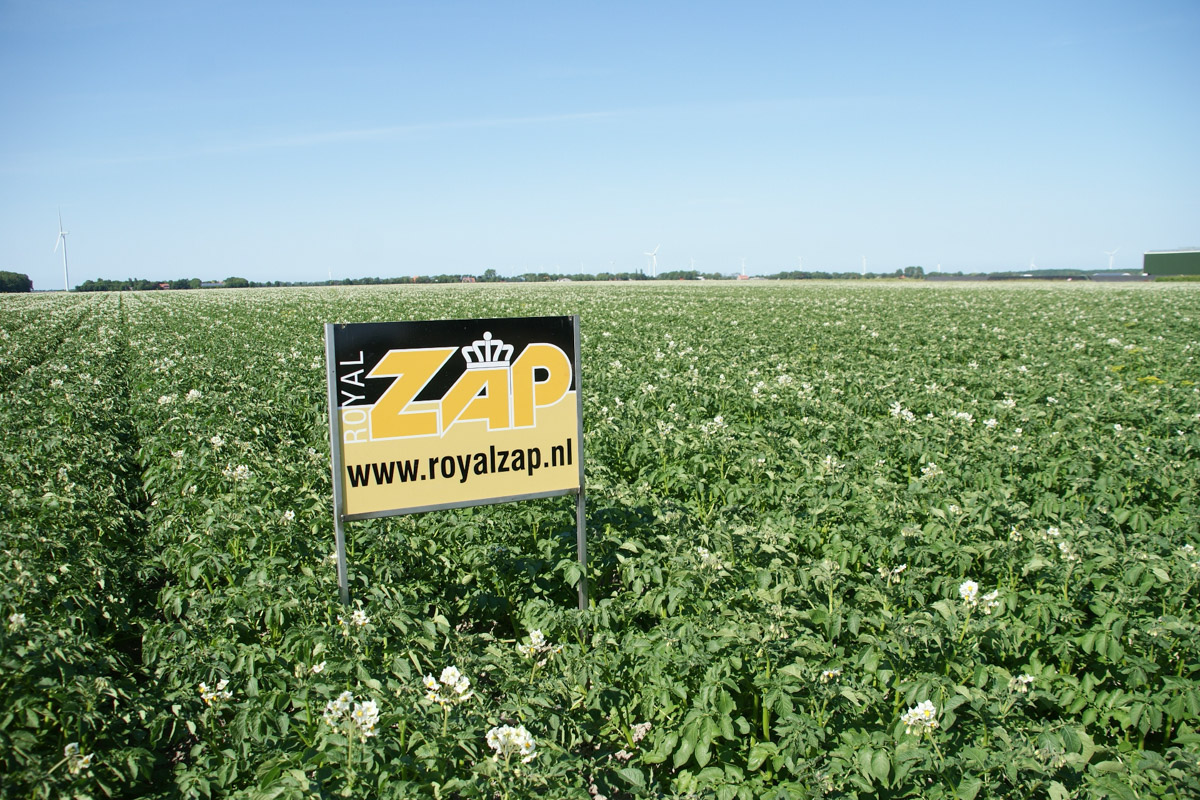 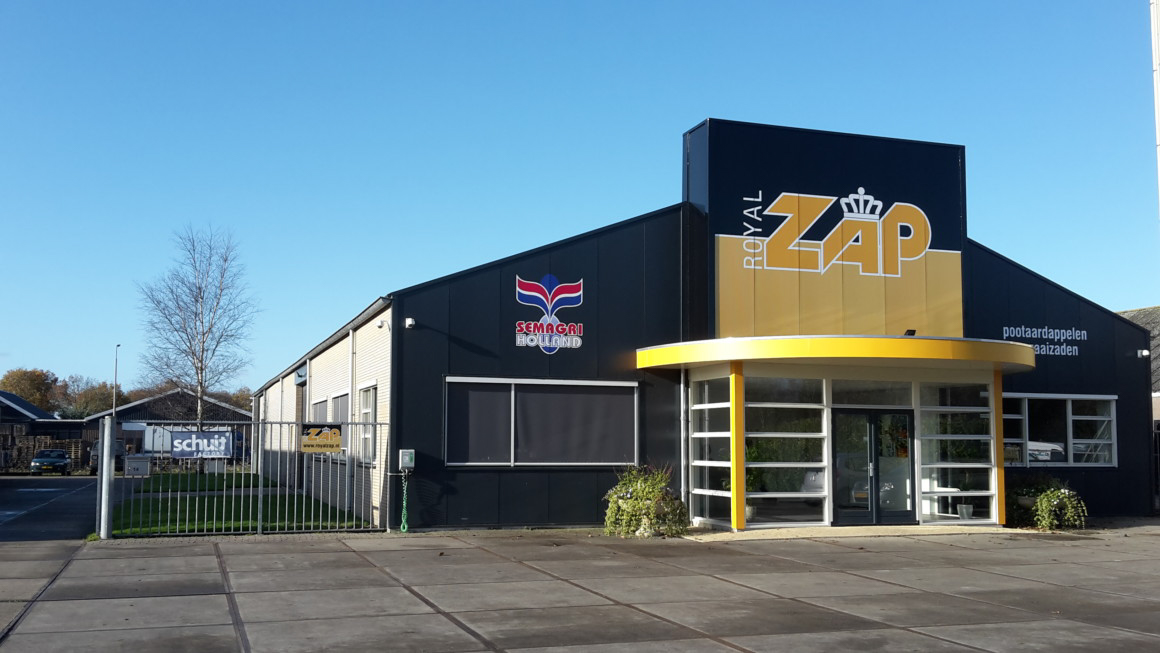 Royal ZAP has taken over Semagri Holland since 1 January 2017. A trading house that has gained a great reputation for producing high-quality starch-seed potatoes.
Thanks to the cooperation of both companies, one strong company has been created with extensive experience in the production of high-quality starting material for potatoes and seed grains.

The collaboration with independent growers in the Netherlands as well as foreign growers offers a wide range of new hybrids and potential potato varieties.

Promising crossings are being tested at various test fields in Europe, North Africa and the Middle East. Added to this is the broad knowledge of markets in multiple continents that makes it possible to introduce newly developed varieties.

Please feel free to contact us; even if you, as a grower, want a good price and guaranteed sales for your seedlings or seed. 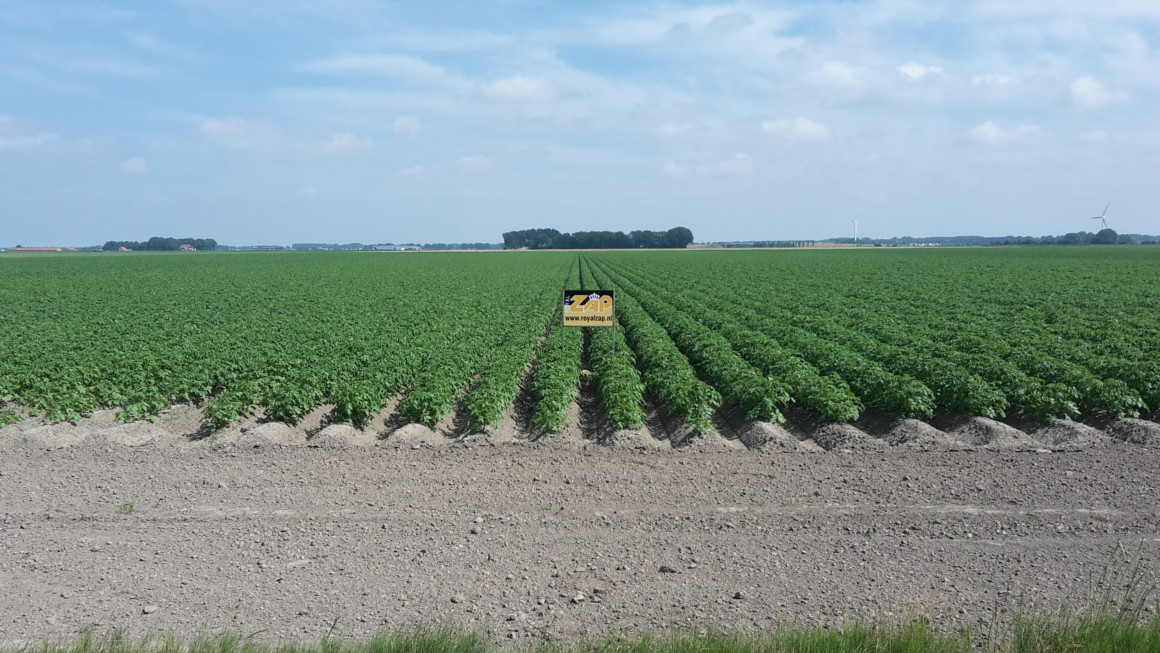 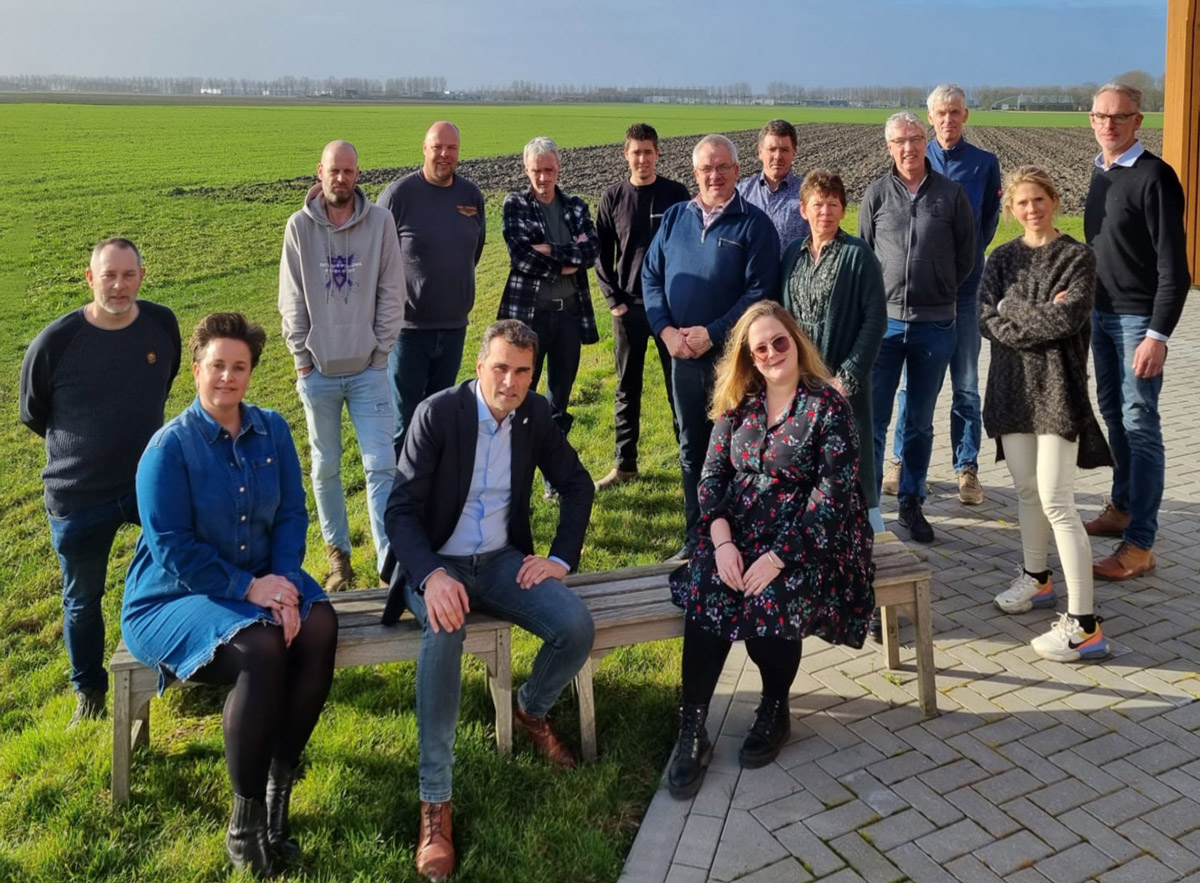 Our team of motivated employees has gained their knowledge through training and experience over a period of many years. They travel all over the world to gain knowledge and be optimally prepared for the ever-adapting needs to be able to grow the best potato varieties, but also of the highest yielding grains. The personal commitment and the short lines between producer and the final customer are the true basis of our success. 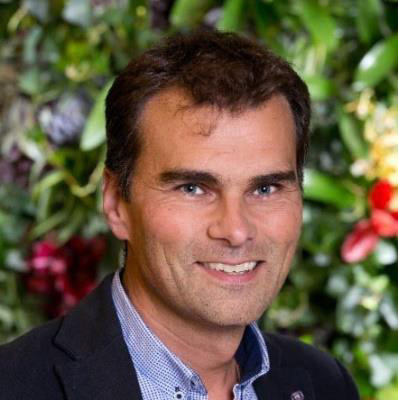 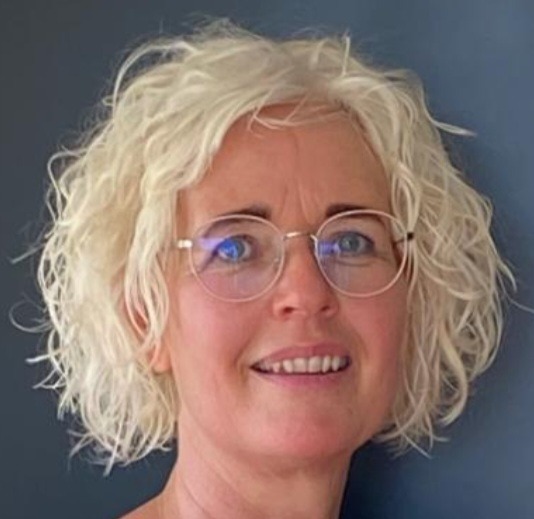 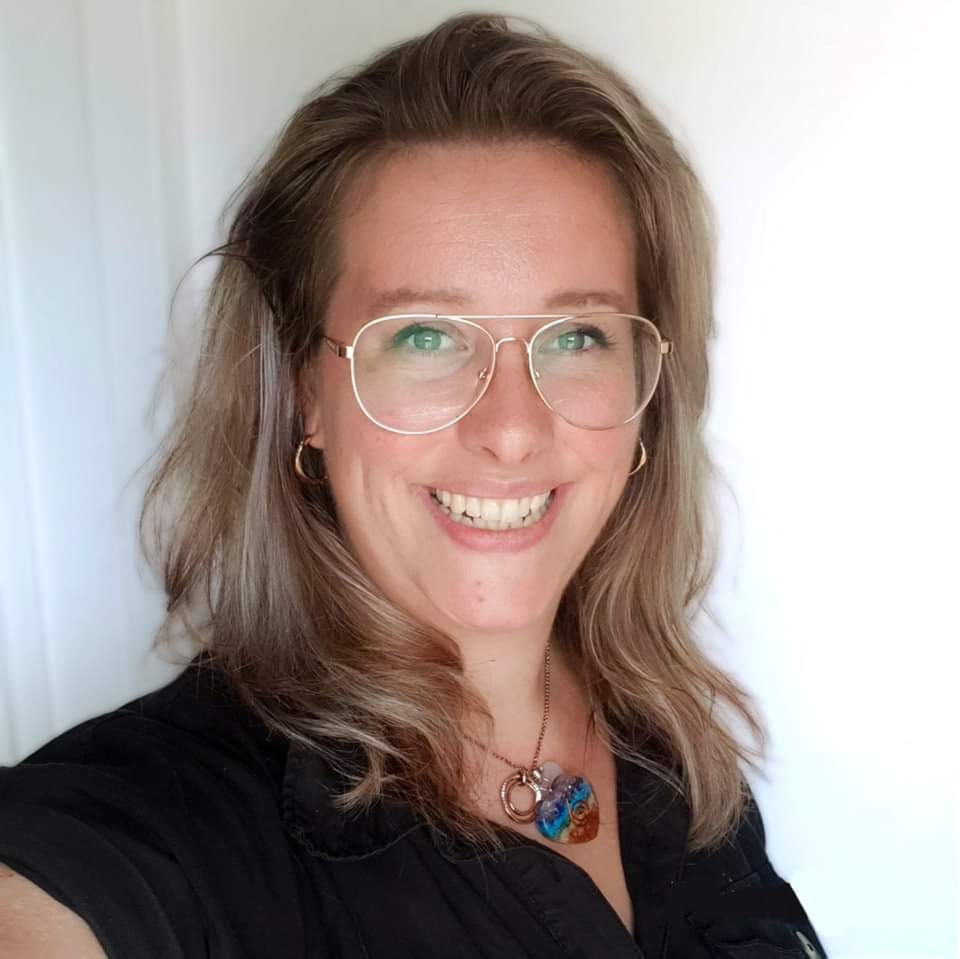 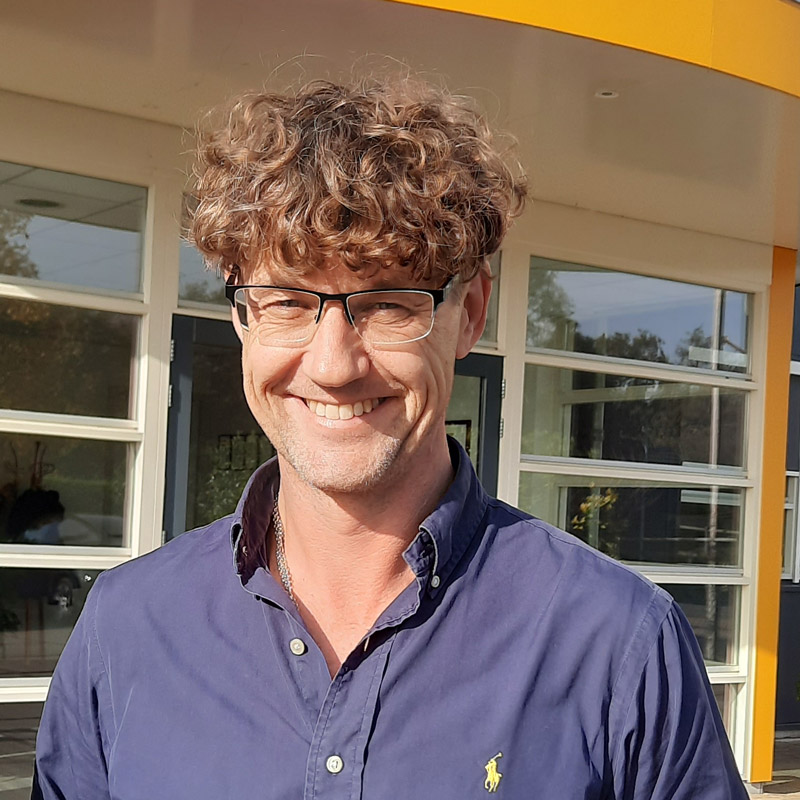 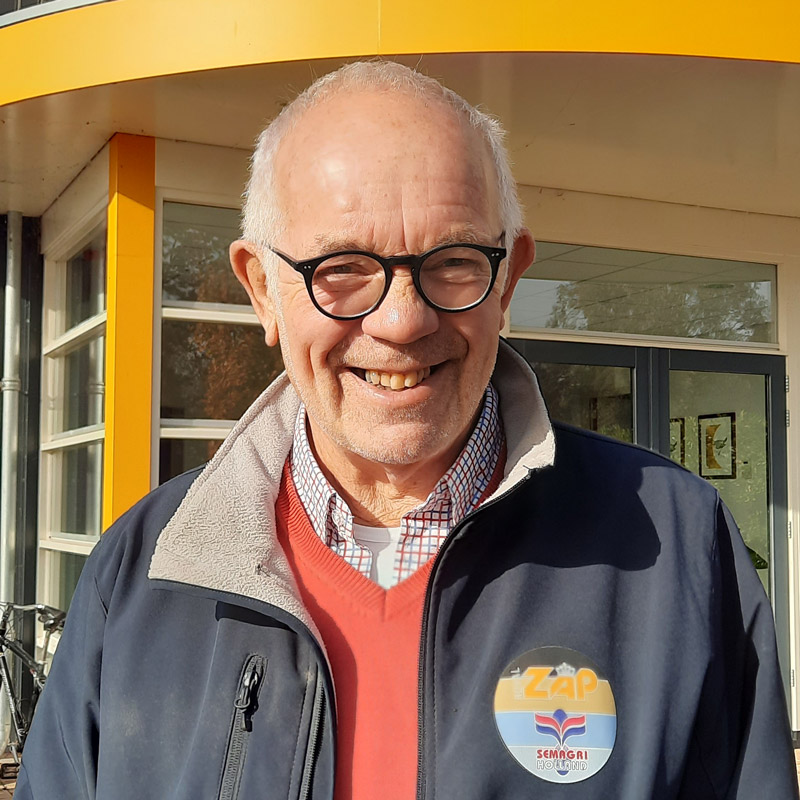 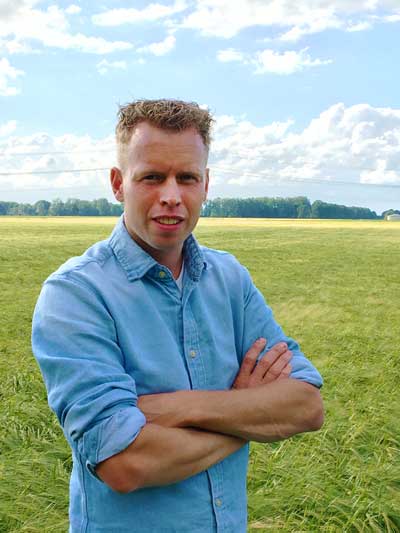 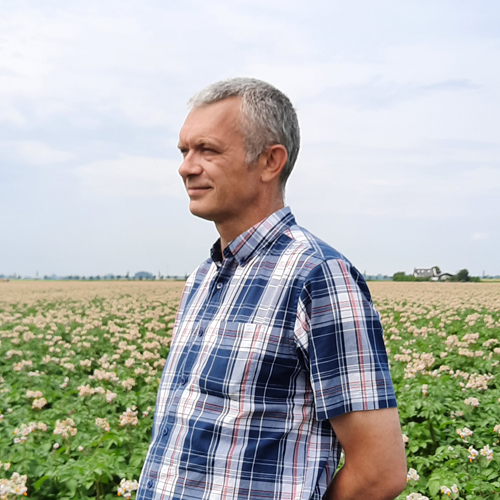 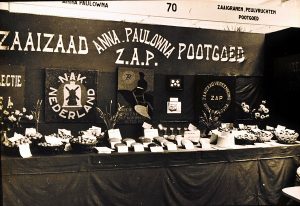 Bintje and the Z.A.P. have one thing in common: a teacher with an agricultural deed. As the Frisian teacher L. de Vries named his new potato variety after his best pupil Bintje Jansma in 1905, so would teacher N. Raap from Anna Paulowna in The Netherlands be at the cradle of the Z.A.P.

In 1912, at a meeting of the Dutch Society for Agriculture, he told his listeners that they had to grow their seed themselves. Until then, the growers got seed from the province of Zeeland because that's where the best seed came from.

The pocket knife (a crazy story)
The story goes that a grower from Anna Paulowna of the province of North Holland found in a bag of seed from the province of Zeeland an object that he had lost during the sale of his wheat on the Alkmaar grain market. It was his pocketknife! The wheat from the polder in the northern part  of North Holland had been transported to Zeeland and later returned with the wheat seed!

There was a lot of confusion about the date of its creation. The first minutes date from 29 September 1914 and from that time also the first regulation dates. But in 1913 the association was already active. However, due to time shortage and illness, Secretary Raap had not been able to take notes before, as he argued at the 25th anniversary in 1938. He suggested linking the founding date to an important day in the history of North Holland: Alkmaar's relief, or Alcmaria Victoria. On October 8, 1573, the Spaniards had to give up their siege of the city because the Dutch crossed the dikes around Alkmaar and the Spaniards got stuck in the mud. Not only at Alkmaar the victory began, but also in Anna Paulowna when, retroactively, the association was pulled out of the clay on October 8, 1913. She was given the name: Seed and Seedlings Growers Association Anna Paulowna. Z.A.P. for short.

As a thank you for the move, Mr. N. Raap was given the position of secretary on the first board of the association. J.C. Blaauboer became chairman and C.Rezelman treasurer. In 1918, the youngest grower G.C. van Balen Blanken became the first director. But Master Raap is always called 'the father of the Z.A.P.' in all memorial books.

Many generations cultivated their seed and seed potatoes for Z.A.P. In the old minutes and member lists you will come across many of the same names over the years. People who often grow seed and seed for the producer organisation on the same farm as their father and/or grandfather. Now, a hundred years later, the Z.A.P.'s objective is still the same: to grow and sell seeds and seed potatoes of excellent quality. 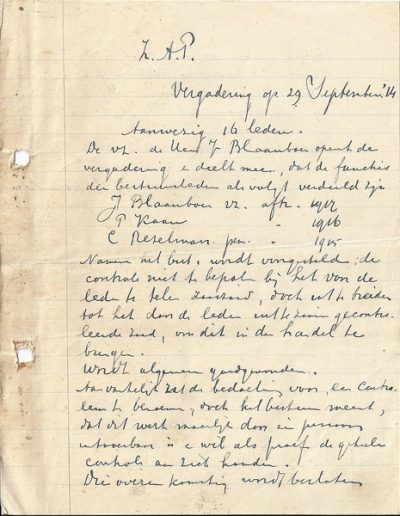 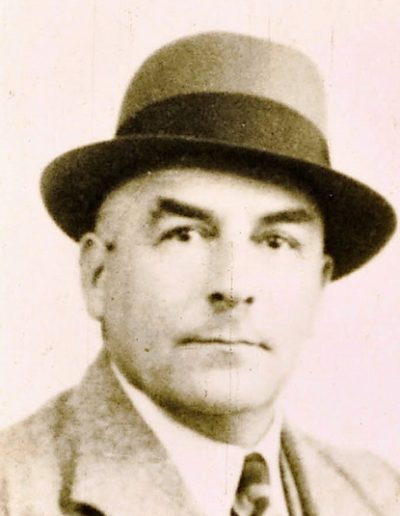 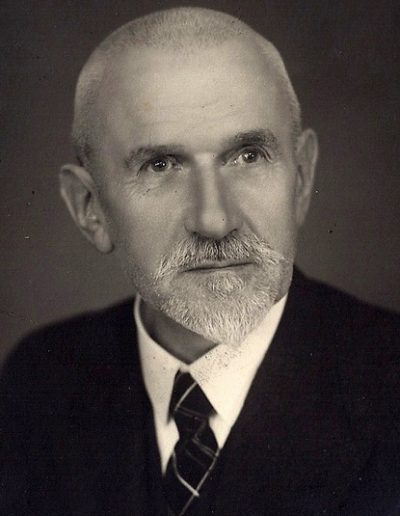 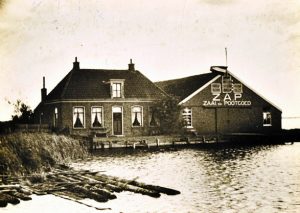 From the beginning, the seed and seed trade is located in van Ewijcksluis, a small village on the edge of the Wadden Sea and the Amstelmeer. It owes its name to Daniel Jacob van Ewijck, governor of King Willem II. Van Ewijck had to supervise the poldering of the Anna Paulownapolder. The polder was given the name of the king's then consort. The village had and has a port and maintained until 1924 a ferry service with the then island of Wieringen. Then the 'small dike' was built and Wieringen had a fixed connection. Until 1937 there was also a tram connection to Schagen. The station building was later converted into a warehouse of the ZAP. 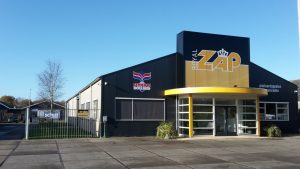 The Anna Paulownapolder was drained in 1847 and on 1 January 1870 Anna Paulowna became an independent municipality. Since 1990, after the municipal reclassification, the Waardpolder and the Wieringerwaard are also included. This last polder celebrated its 400th anniversary in 2010. The fact that the polders were claimed from the sea a long time ago can still be seen, even after 400 years, sometimes when we work the soil hands full of shells still come up!

Rapen and Bintjes, a lot has changed in a century. What remained is the name of the men of the first hour: teacher N. Raap and G.C. van Balen Blanken – they were honored in Anna Paulowna respectively with a square and a street. Bintje Jansma lives on in the potato variety that is still grown by the Z.A.P. in the same polders as before.

In a century the ZAP cooperative has expanded from 11 to 40 members. The small warehouse and the office at the secretary's house have been replaced by two large warehouses and a spacious office. Z.A.P. is represented in several countries and is selling their quality varieties to farmers worldwide. In our core we still are a small cooperative and are we farmers growing for farmers. The ZAP cooperative still uses the credo from their initial founding: